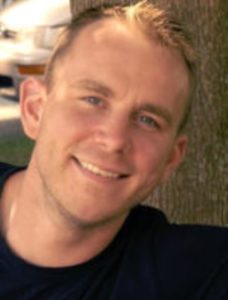 After graduating from Grafton High School, Michael had a short career at Hueson and Son in Northbridge, but then decided to return to school, enrolling in the Massachusetts Maritime Academy in Bourne, in their Facility Engineering program. He was set to graduate in June 2019, a full year ahead of schedule!

In addition to his mother and step-father, Michael leaves his sister, Kathryn McMullen and her husband Reid of Baltimore; step-sister Stephanie (Jeff) Weinfurt of Bolton; his beloved aunts, Janis (Ted) McGrory of Harwich and Dale (Tom) Gardner of Grafton; and his grandmother, Muriel (John) Branconnier of Shrewsbury. He will be sorely missed by his closest cousins, Amy, Kari and Jesse, in addition to his large extended Lewis, Coulson and Shaughnessy family.

Raised in Grafton, Michael spent countless hours learning in his Uncle Tommy’s garage. Later, he purchased a two-family home in Millbury in 2014 and took enormous pride in renovating it and turning it into his own personal gem. He became a great landlord, neighbor and friend, always ready to help all family and friends who benefitted from his skills in home and auto repair. He looked forward to advancing his future, certain to be successful career in Facilities Engineering.

All are welcome to gather with Michael’s family Friday, Jan. 4, from 4-7 p.m., at Roney Funeral Home, 152 Worcester St., North Grafton. His funeral service will be Saturday, Jan. 5, at 11 a.m., at the Congregational Church of Grafton on Grafton Common. Burial will be private.

In lieu of traditional remembrances, please honor Michael with a donation to ASPCA at www.ASPCA.org.

A Book of Memories to share a memory of Michael or message of sympathy with his family is available online at www.RoneyFuneralHome.com.