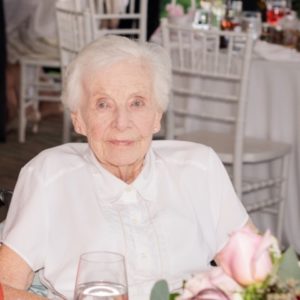 Southborough – Evelyn J. (McCarthy) Littlefield, 97, of Southborough, died Jan. 4, 2019, at Beaumont Rehab and Skilled Nursing Center in Westborough after a period of declining health. She was the beloved wife of the late Arthur F. Littlefield, who died in 1973.

Evelyn was a 1937 graduate of the former Peter’s High School in Southborough and earned a bachelor’s degree at Northeastern University. For many years she worked for Honeywell as a relocation administrator, retiring in March of 1983.

Evelyn was a former secretary for both the Southborough Catholic Women’s Club and St Anne Parish Council of Southborough, where she was an active member. She was also a former member of St Francis of Assisi of Englewood, Fla., as she spent many winters in Florida.

In addition to her husband, she was predeceased by a son, A. Leslie Littlefield, and her brother, Paul McCarthy.