Marlborough – Close friends and fellow hairdressers Cindy Kinney and Paula Stoddard are staying strong for Joan Russo, who was seriously injured Dec. 30 in a fire that destroyed her home in Marlborough. 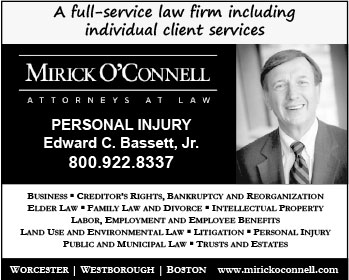 Her mobile home was burned to the ground and Russo suffered smoke inhalation, second degree burns to her arms and third degree burns to her back. She has already undergone surgery for skin grafting and was recently moved to a rehab facility where she will continue to recover.

“So many people from the community and beyond have been reaching out and asking what they can do to help Joan,” Kinney said. “She has literally lost everything and has a very long road to recovery ahead. She is a fighter and … it will take some time before she will be able to fully process what has happened.”

Stoddard set up an account for Russo at Avidia Bank in Marlborough and cards showing love and support are encouraged.

Stoddard and Russo had a salon together and have been friends for decades.

Kinney has been friends with Russo for 12 years. She describes her friend as a selfless person who would do anything for anybody.

“When I saw her the week before Christmas, she was getting ready to donate four quilts to the local church. She has always been there for me and I intend to be there for her,” she noted.

The cause of the fire is still under investigation and Marlborough firefighters worked tirelessly for a couple of hours at the scene. Sadly, Russo’s three pets perished in the blaze.

“I haven’t been able to see her yet,” Kinney said. “I know she still needs to get some of her strength back before she has visitors. This whole thing will be very emotionally and psychologically draining for Joan once she fully understands what has happened and what is gone.”

In spite of this tragic event, her friends say that Russo is a fighter.

“This terrible fire almost took Joan’s life,” Kinney said. “She lost everything, [but] with the help of the community, she will be able to start over.”

Anyone wishing to make a donation can do so by making the check out to “Fund for Joan” and either mailing it or dropping it off at Avidia Bank, 256 Maple St. Cards may be sent to JP Salon, 344 Boston Post Road in Marlborough.