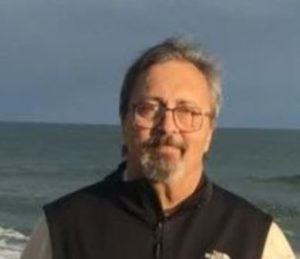 A graduate of Marian High School, Framingham, Bill earned a Bachelor’s Degree from Boston University and his Masters’ Degree from Cal State. He began his teacher career in California. His enthusiasm and methods of teaching left a lasting impression on many of his students, without Bill realizing it. He was surprised but honored to be mentioned by a former student, Paula Abdul, as the teacher who made the most impression on her life.

He returned to Massachusetts and began teaching History at Acton-Boxboro High School. He introduced  the Speech and Debate Team to the school and led them to International competition and a winning season. For this he was very proud. He retired in 2010.

He loved to garden and cook using his homegrown vegetables. He also loved music occasionally acting as disc jockey at functions for friends and family.

He is survived by his children, Kristofer and his wife Megan of Holden, Matthew and his wife Shaina of Acton, and Courtney (Seymour)Kearney and her husband Tim of Wilmington, N.C., as well as his grandchildren, Brendon and Kayla Seymour, Sean, Paige, Bryce and Colton Seymour and Greyson and Wyatt Kearney, whom he loved dearly and spoke of often. He was also the grandfather of the late Dylan Seymour. Bill is also survived by his brother, Richard Seymour and his wife Valerie of Hudson; his sister, Sheila LaFreniere and her companion Douglas Butt of Marlborough; and several aunts, uncles and many cousins. He had been the husband of the late Diane (Bergen) Seymour Lawless.

Visiting hours will be held Saturday, Feb. 9, from 12-2 p.m., at the Slattery Funeral Home, Inc. 40 Pleasant St., Marlborough. A celebration and remembrance of Bill’s life will follow at 2:30 p.m. at the Marlborough Country Club, Concord Road, Marlborough.

Donations may be made to Team Green Courtney Kearney at http://gofundme.com/diddos-light-cancer-battle.