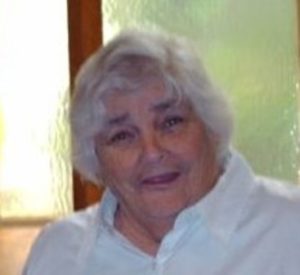 She was born in West Roxbury, the daughter of the late Thomas and Mary Reilly, and was raised in Watertown. She was a graduate of St. Patrick’s High School in Watertown and later received an Associate’s Degree in Accounting from the former Holliston Jr. College.

Frances worked for Lowes’s Theater for 20 years, retiring as manager at the Natick location. She also was an administrative assistant for BayPath Elder Services.

She was an avid reader and an Atlanta Braves, Bruins and NE Patriots fan, and more than anything she was a devoted mother, grandmother and great-grandmother.

A Mass of Christian Burial was celebrated Feb. 12 in Immaculate Conception Church of Marlborough. Following cremation, burial will be private.

All are invited to sign her online guestbook at www.CollinsFuneral.com.