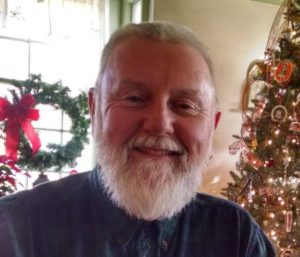 Marlborough – Jeffrey A. “Jeff” Shown, 62, died surrounded by his family Feb. 16, 2019 after a long illness. He was the husband of Mary Schofield, to whom he was married for 16 years.

He was born in Alameda, Calif., the son of Terrence Shown of Oregon and Ann (Colpit) Shown of California, and lived in Hudson for many years before moving to Marlborough 40 years ago.

Jeff worked as CAD design engineer for BAE Systems in Lexington until being forced to stop working due to his health.

Besides his wife and parents, he is survived by two sons, Jeffrey Shown and his wife Donna of Hudson and Alex Shown of Milford; two brothers, Ken Shown of Southbridge and Terry Shown of Florida; and one sister, Jennifer Hemmerly of Ohio. He was “Papa” to three grandchildren, Olivia, Chloe and Eliana, and is also survived by many nieces and nephews.