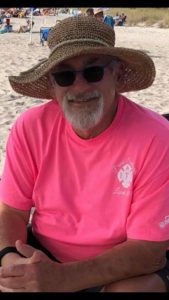 Marlborough – It was a bittersweet day on Feb. 26 for the Marlborough Fire Department. Captain Paul Zompetti worked his last shift before retirement and received accolades from his coworkers and the “ceremonial ride home” from his crew on Engine 1. It was also the day that we found out that one of our retirees and a mentor to a lot of us when we got on the job, Lee Lively, passed away in Florida.

Lee started his fire service as a firefighter in the U.S. Air Force during the Vietnam War.  After his discharge from the Air Force, he worked as a firefighter at Cushing Hospital in Framingham from May of 1966 to May 1972. He was in the first class of what was then called the Central Massachusetts Fire Training Academy, which evolved into the present day Massachusetts Firefighting Academy. Lee was appointed to the Marlborough Fire Department in June 1972.

I first met Lee when I and four other firefighters were newly appointed to the Marlborough Fire Department in November 1981.  We had done two weeks of days doing orientation, some controlled burns of our stubborn brush fire areas and shadowing firefighters. After orientation, we all were assigned to a group until the Department could put us through the Fire Academy.

I was assigned to Group 3, which was the group that Lee was on.  As a new firefighter who did not belong to either the Marlborough Fire Auxiliary or the Marlborough Fire Call Department I had loads of questions about firefighting, equipment, department history and traditions.  Lee took me under his wing and took the time to explain things for me.

One of my most memorable times working with Lee was when his usual partner on the Rescue, Stan Clement, was on vacation. Captain Everett Russell assigned me to ride with Lee on Rescue 1 for the week. Back then, Rescue 1 went to everything in the city… fires, fire alarm activations, car accidents and medical emergency calls in all three fire districts.  It was snowing on the first night of that duty rotation and Rescue 1 was out from the start of the duty tour at 6 p.m. until the end of the tour at 8 a.m. the following day.  I think we spent a grand total of about 90 minutes in quarters. I thought it was great, but for Lee, it was just another tour of duty.

Lee and I were partnered on the Rescue the night in January of 1985 when there was a fatal fire on South Street. Two children died in that fire from smoke inhalation and carbon monoxide poisoning. We were the first truck to arrive and found one the residents screaming, “My kids are still in there!”

Lee and I put on our SCBA (self contained breathing apparatus) that were stored in the compartments of the Rescue and entered the house, going upstairs to the second floor to search for the kids. Lee searched one bedroom and I searched the other. Lee found a four-year-old girl and the family dog in one room, I found the three-year-old boy in the other.  It was my first fire that involved a fatality let alone a double fatal, and I was shaken up.  After we had a critical incident stress debriefing at Fire Headquarters. In the hours after the fire, Lee advised me to go home and hug my son, who was 2 at the time. I got home, saw my wife Trish and son Jon who were waiting for me and completely broke down.

There were also a lot fun times working with Lee. He was a legend when it came to playing pranks on his Brother Firefighters (and yes, in full disclosure, I was on the receiving end and also implicated in a few of them in their execution!)

My first tour of duty as a newly minted Lieutenant was Thanksgiving night, 1988. I was the only officer on duty that evening and I was as nervous as the proverbial cat in a room full of rocking chairs.  Lee pulled me aside and said to me, “Don’t worry, we are not about to let you burn the city down!”

Lee retired from the Marlborough Fire Department on June 30, 2003 after a 31-year career.  I also had the pleasure of working with Lee at the Massachusetts Firefighting Academy from 1982 to 1995 and again from 2003 until he decided to retire from his position as a support coordinator. He didn’t retire totally, though. He worked for the Boston Red Sox at jetBlue Fenway Park South in Florida.  He and his wife Kit spent winters in Florida and summers at the family’s cottage at Squam Lake, N.H. with visits to their children here in Massachusetts.

He was dedicated to his wife Kit, his son, Brian, his daughters Alicia Pickering, Cherie Iappini and his five grandchildren, Julie, Adam, Brianna, Noah and Joseph.

He was also an inspiration to his Brothers and Sisters on the Fire Department, his co-workers at the Fire Academy and to his community as member of the Kiwanis Club of Marlborough and the Fraternal Order of Eagles.

Lee Lively touched many lives in his lifetime.  He was a friend, mentor, co-worker, veteran and a Brother who I looked up to and admired.

Rest easy, my friend… see you on the other side.

Visiting hours will be held on Saturday March 9, 2019 from 12-4 p.m. at the William R. Short and Son Funeral Home (www.shortfuneral.com), 95 West Main St. Marlborough. Visit www.communityadvocate.com/2019/03/01/lee-j-lively-71-of-marlborough for the full obituary.