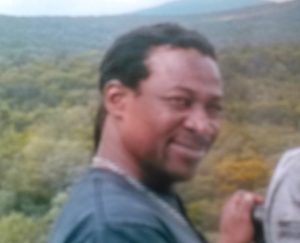 Hudson – Aidon B. Saunders, 60, of Hudson, passed away peacefully Feb. 22, 2019 at Brigham and Women’s Hospital in Boston, with his family by his side, after a period of declining health. He leaves his beloved wife of over 26 years, Susan M. (Soriano) Saunders.

Aidon was born March 19, 1958 in Saint Vincent in the West Indies. After spending his early life on Saint Vincent, he met the love of his life, Susan M. (Soriano) Saunders, and eventually immigrated to the United States to be with her after they were married.

Aidon had a long and successful career in the hospitality business as a cook; first working in Westborough at the Marriott Hotel for many years and then going to work at the Marlborough Courtyard Marriott in 2014.

Aidon was a kind and generous person, who enjoyed spending time with his family and friends. He was a good cook and especially liked baking and preparing the traditional Island foods of his heritage. Aidon was also a fan of western movies and loved spending time outdoors camping, traveling, and being by the ocean.

Amongst his many heartbroken survivors, he leaves his beloved wife, Susan M. (Soriano) Saunders; four siblings, Philmore Isaacs, Anita Wilson, Beverly Charles and Katrina Delpeache; a brother-in-law, Richard Soriano; a sister-in-law, Linda Soriano; and many cousins, nieces, nephews and dear friends. He was predeceased by his parents, Orban Saunders and Eldica Charles Saunders, and one sibling.

Relatives and friends are invited to a period of calling hours Saturday, March 9, from 9-11 a.m., at Tighe Hamilton Regional Funeral Home, 50 Central St., Hudson, immediately followed by a celebration of his life at 11 a.m. in the funeral home. Burial will be at Forestvale Cemetery of Hudson.