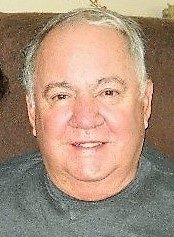 Marlborough – Donald F. Zanca,90, of Marlborough, died March 7, 2019 at Woburn Nursing Center after a long illness. He was the husband of Elizabeth A. (Rowan) Zanca for the past 20 years.

He was born in Marlborough, the son of the late John F. and Anna (Lenois) Zanca, and was a 1946 graduate of Marlborough High School.

Don worked as a supervisor at Marlboro Wire Goods for over 40 years retiring in 1993. He served in the Army National Guard for ten years during the Korean War.

Don was an avid fisherman, golfer and New England Sports fan. He enjoyed cooking and boating and adored his grandchildren. He will be remembered as a fun loving happy go lucky man that would give you the shirt off his back.

Besides his wife, he leaves three sons, Thomas J. Zanca, MD of Uxbridge, Paul J. Zanca and his wife Christine of Hudson, and Michael D. Zanca and his wife Cindy of Clinton; a daughter, Teresa M. Zanca of Shrewsbury; four brothers, David Zanca of Hudson, Francis Zanca of York Beach, Maine, Louis Zanca of Hudson, and John “Jack” Zanca of Berlin; a sister, Joanne Menard of Ashby; six grandsons and six granddaughters; four great-grandsons and four great-granddaughters; and many nephews, nieces and cousins. He was predeceased by two daughters, Nancy A. Karsok of Holden and Linda J. Demers of Marlborough.

All are invited to sign his online guestbook at www.CollinsFuneral.com.