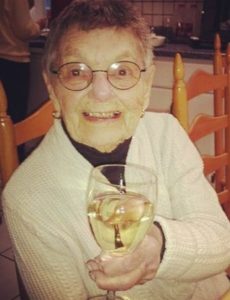 Vi was a longtime resident of Westborough and many locals may remember her beloved bright red Volkswagen Beetle traveling along Upton Road on her way to and from Don’s Donuts and the Rotary Landmark Diner where she worked for nearly four decades. She was a member of St. Luke the Evangelist Church and will be buried alongside her late husband Arnold J. Cantera at St. Luke’s Cemetery.

Vi and Arnie left a large Italian family in New Jersey and moved to Westborough in 1970. They quickly grew to love the town and considered Westborough their adopted home. They enjoyed day trips to Cape Cod, golf and dinners at Westborough Country Club, and many activities at St. Luke’s.

In lieu of flowers, donations in her memory may be made to St. Luke the Evangelist Church Memorial Fund, 70 West Main St., Westborough, MA 01581.