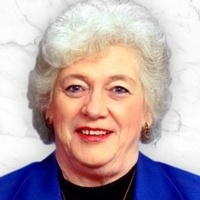 Grafton – Nancy L. (Carney) Corcoran of Grafton, MA died on Thursday, March 14 at St. Vincent Medical Center surrounded by family. She was 80.  She is predeceased by her husband of forty-nine years and the love of her life, Thomas S. Corcoran.

Nancy was born on January 11, 1939 in Worcester to Clifton and Katherine (Flynn) Carney. She attended primary schools in Worcester and graduated from Worcester’s North High School.  She attended Worcester City Hospital School of Nursing and graduated from Worcester State College (Class of 1961).  After graduation, she traveled to California to teach students performing with the musical “Carnival.” When she returned to Worcester, she taught English at Classical and Doherty High Schools.

After she married Tom in 1967 (whom she met when they worked together at Melville Shoe in Worcester) and the birth of her daughters, she devoted her life to her family, raising her children, and to volunteering in the community.

Once her daughters were in high school, she began substitute teaching at Grafton and Millbury Public Schools.  She also worked for many years as an administrative assistant and switchboard operator with Suburban Group.  Most recently, she worked as an Election Day poll worker for the Town of Grafton.

Nancy was an avid volunteer.  She volunteered at the Adult Right to Read Program for 6 years, the Girls Scouts of Montachusett Council in many capacities, and at the Religious Education programs at both St. Luke’s Church in Westboro and St. Philip’s Church in Grafton. She served as secretary for the Westboro Area League of Women Voters, as a dispatcher for Rachel’s Table, and as a delivery person for Easter Seals flower fundraisers.  She helped plan reunions for her high school class and was extremely involved the Worcester State University Alumni Association. Nancy believed wholeheartedly that “if you make a difference in one person’s life – you make a difference.”

Nancy lived life to the fullest and made friends wherever she went.  There were few things she liked better than an interesting conversation with a good (or new) friend. She country line danced for many years at the Dance Ranch in Worcester and more recently at SAC Park in Shrewsbury.  She was a voracious reader and prided herself on being able to do a crossword puzzle in under five minutes.  She loved to travel and try new things, and she enjoyed attending the theater.  Nancy added sparkle to every room she entered and will be deeply missed by all who loved her.

In addition to her daughters and grandchildren, she is survived by one sister, Maureen Dryden and her husband Bill of Shrewsbury, as well as many cousins, nieces, nephews, and loving friends.  She is predeceased by her brother, Michael Carney and her great-nephew Joshua Dryden.

The family would like to thank the doctors and nurses at St. Vincent’s Medical Center for their compassion in caring for our mom.

Please join Nancy’s family to honor her life at Calling Hours on Thursday, March 21, from 4:00 PM until 8:00 PM at MERCADANTE FUNERAL HOME & CHAPEL, 370 Plantation Street, Worcester. A Funeral Mass in celebration of Nancy’s life will be on Friday, March 22, at Immaculate Conception Church, 353 Grove St, Worcester, MA.  Nancy will be laid to rest at St. John’s Cemetery in Worcester.

Flowers are welcome but you may also honor Nancy with a donation to the class of 1961 Endowed Scholarship Fund at the Office of Institutional Advancement Worcester State University, 486 Chandler Street, Worcester, MA 01602-2597.