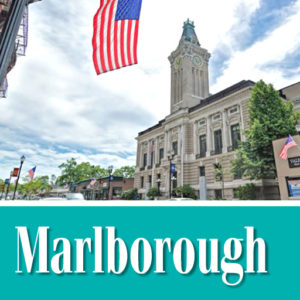 Marlborough – Concerns about the impact of climate change on the city, including flooding and water protection, energy loss or reduction, and food access, were all part of the discussion among city officials and interested residents who attended a listening session March 25. The session is required as part of the state’s Municipal Vulnerability Preparedness (MVP) grant program.

City Engineer Thomas DiPersio and Sam Cleaves, the city’s facilitator from the Metropolitan Area Planning Council (MAPC), presented maps, data and the results of a February workshop attended by a core team of elected officials and community stakeholders. Following the workshop and the listening session, the council “will incorporate our priorities and concerns and submit a document for the city’s MVP certification,” DiPersio said.

MVP certification will give the city the ability to apply for MVP action grants.

DiPersio asked attendees of the listening session to rank their top three priorities they feel need to be addressed when planning for the potential consequences of climate change. He had it broken down into three areas – society, environment and infrastructure. Lists under these headings were posted on easels at the session and were the results of the city’s March workshop. At that workshop the group identified flooding, severe storms, drought and extreme heat as top priorities or hazards for Marlborough.

Several of the top climate change concerns and priorities of members of the listening session included the impact on the city’s water supply, additional fire protection if needed, a plan from utility companies and updated zoning and building codes to promote energy efficiency.

Gene and Ruth Gleba have lived in Marlborough for 30 years and said they found the entire session “extremely informative.” The couple said they have experienced some flooding issues, but they were very concerned about the “vulnerable populations in the community like seniors, low-income families and non-English speaking residents (in the case of a climate related emergency).”

“We see communities as local innovators,” Cleaves told the group. “Anything you (the city) apply for in grant monies should match community priorities.”