Westborough – On Sunday, May 19, from 11:30 a.m. to 3:30 p.m., Westborough’s Congregation B’nai Shalom (CBS) invites the public to celebrate its 40th anniversary. On this “Festival Day,” Main Street in Westborough, near the synagogue, will be filled with food trucks, musicians, a roving magician, and children’s activities.

CBS Rabbi Rachel Gurevitz said, “We wanted our Festival Day to be something that was free to all and would be enjoyed by our members and by everyone who lives in Westborough and the whole ‘Boro area. It is our way of saying ‘Thank you’ to the community that has been our home for these past 40 years.”

Located at 117 East Main Street since 1985, the synagogue was founded years before that in Westborough.

“Many local churches and civic institutions provided space for the community to meet, including Good Shepherd Lutheran Church, the Congregational Church of Westborough, and the Unitarian Universalist Society in Northborough… we are paying that hospitality forward,” Gurevitz said.

“Festival Day” headliner opener will be Ellen Allard, an award-winning singer-songwriter who is known to engage children with her singing. Music will also be performed by the Point n’Swing Big Band, B’nai Shalom Band, Shir Joy Chorus, and the 100th Town Chorus.

CBS members are especially excited to feature “oldsoul,” a Massachusetts-based indie band that has just released its first album, “Coy.” The group’s lead singer is Jess Hall, a graduate of CBS’s religious school, who went on to study music in college.

Parking will be available at Congregation B’nai Shalom and the Hastings Elementary School.

An article about CBS’s 40th anniversary was published in this paper on November 20, 2018 (https://www.communityadvocate.com/2018/11/20/congregation-bnai-shalom-celebrates-40th-years-in-westborough/).

For more information, also visit the CBS website at www.cbnaishalom.org. 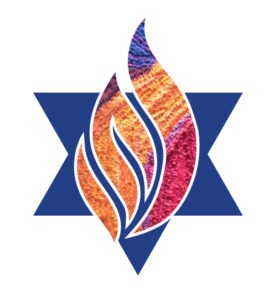