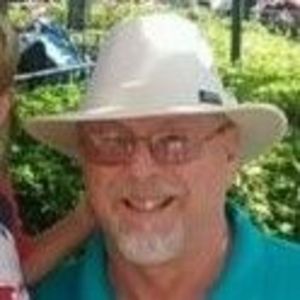 Born and raised in Marlborough, he was the son of the late Anthony J. Mocerino Sr. and Anita (Messier) Mocerino and the husband of Gail (Boisse) Mocerino, to whom he had been married for the past 47 years.

He was a graduate of Marlborough High School, class of 1966, and Framingham State University, class of 1971.

Anthony began his teaching career at the Framingham Middle School, where he taught History for 10 years, prior to working as a general manager for several local automobile dealerships. He remained in that position for over 30 years. Following his retirement, he began working for Christo Auto School where for the last 10 years he had been employed as a driving instructor.

For many years, he was a member of the 10th Infantry Reenactment Organization, where he was able to share his continued interest and knowledge of history.

He was devoted to his grandchildren and enjoyed visiting Disney World at least several times a year and was an avid sports fan, especially baseball.

Besides his wife, he is survived by his son, Michael Mocerino and his wife Elise of Worcester; his grandchildren, Isabella and Zachary; his sister, Mary Lou Stupik and her husband Stephen of Marlborough; and several nephews.

Visiting hours will be held Wednesday, May 29, from 5-7 p.m., at the Slattery Funeral Home, Inc., 40 Pleasant St., Marlborough. A funeral service will follow at 7 p.m. at the funeral home. Burial will be held at a later date.