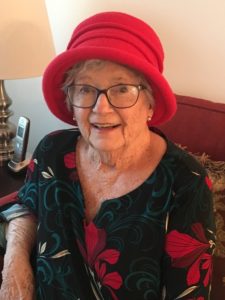 Hudson – Dorothy A. “Dot” Lattanzi, 83, of Hudson, passed with peace and grace May 31, 2019 in Marlborough, with family members at her side.

She is survived by her husband, Leonard “Len,” to whom she was married and devoted for 62 years; her son, Michael and wife Nancy of Alpharetta, Ga.; daughter Dianne Crisan and husband John of Westfield, N.J.; son Douglas and wife Sandra of Kings Park, N.Y.; daughter Donna Kelly and husband Brian of Hudson; son Matthew and wife Michele of Hudson; and 11 grandchildren. Dot is also survived by her sister, Rita Borden of Garden City Park, N.Y. She was predeceased by her brother, Vincent Michaelis, and sister Janet Dugan.

Dot was born in Brooklyn, N.Y. in 1935 and grew up in Long Beach on Long Island. A woman of great faith, she led by example and offered guidance when necessary. Her sense of humor was boundless and she was happiest when surrounded by family at an overloaded dinner table, swapping stories and making new memories.

After her work was complete in raising and educating her five children, Dot and Len retired to a beach house in South Bethany, Del. It quickly became an oceanside magnet, annually attracting her children and grandchildren for weeks of fun in the sun, surf, and sand. Many happy, lasting memories were made during the 15 years Dot and Len spent there.

In their later years Dot and Len settled in Hudson to be near family members. Dot will be remembered by everyone who met her as a loving wife, mother, grandmother, sister, and friend who shaped a lasting legacy in her children and grandchildren.

In lieu of flowers, a memorial donation in the name of Dorothy A. Lattanzi can be made to St. Jude Children’s Research Hospital in Memphis, Tenn.