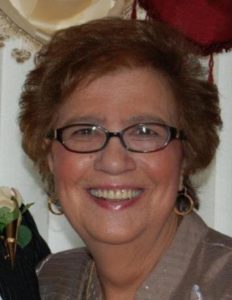 Hudson – Maria M. (Monteiro) Chaves, 76, of Hudson, passed away peacefully at home, surrounded by her beloved family, June 2, 2019 after a period of declining health. She leaves behind her beloved husband of 57 years, Manuel S. Chaves.

Maria was born in Santa Maria, Azores, Portugal on April 1, 1943, one of ten children of the late Jose C. and Maria (Braga) Monteiro. She was raised in Santa Maria and later immigrated to Hudson with her husband and family in 1976 after living in Canada for ten years.

Maria worked for many years as an assembler until retiring 9 years ago from Telemed Systems in Hudson. She was a long-time member at Saint Michael Parish in Hudson. Maria also enjoyed crocheting, sewing and spending time at the Hudson Senior Center with her many friends. She also loved to cook and to feed her large family especially her many grandchildren and great-grandchildren.

A period of calling hours will be held Wednesday, June 5, from 4-7 p.m., at TIGHE HAMILTON REGIONAL FUNERAL HOME, 50 Central St. Hudson. A Mass of Christian burial will be celebrated Thursday, June 6, at 11 a.m., at Saint Michael Parish, 21 Manning St., Hudson, followed by interment in Saint Michael Cemetery in Hudson.