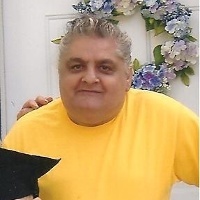 John is survived by his loving wife, Patricia M. (Bonin) DiPadua, with whom he celebrated 56 years of marriage this past May; a son, John DiPadua of Worcester; a daughter, Marlene Dryden and her husband James of Cherry Valley; his beloved grandson, Patrick Dryden; a brother, Frank DiPadua of Spencer; a sister, Phyllis Ford of Oxford; and nieces and nephews. He was predeceased by two grandsons, Matthew and Christopher Dryden.

John was born in Worcester, son of the late Matteo and Rose (Cassanelli) DiPadua, and grew up in Shrewsbury. Following his marriage, he and Patricia moved to Worcester, before returning to Shrewsbury, where they have resided for over 30 years.

He worked for many years in the wire drawing field and was most recently a wire cleaner and acid washer for G.F. Wright Company, before retiring in 1994, having previously worked for Parker Metal Company in Worcester.

He was a member of Saint Anne’s Church, where he was a regular volunteer. He enjoyed hunting, hot rods and show cars where he entered his ’37 Plymouth and took home several first-place trophies. He was a past member of the “Hot Heads of Oxford” and was a huge fan of “cowboy” movies. His greatest joy was his family, but it was his grandson that made him most proud. John will be missed for his humor, his mischievous smile, and his kindness.

Calling hours will be held Monday, June 10, from 4-7 p.m., when a funeral service will begin at 7 p.m. in MERCADANTE FUNERAL HOME & CHAPEL, 370 Plantation St., Worcester. Interment at Notre Dame Cemetery will be held privately.

In lieu of flowers, it is suggested that donations in his memory be made to Saint Anne’s Church, 120 Boston Turnpike Rd., Shrewsbury, MA 01545.