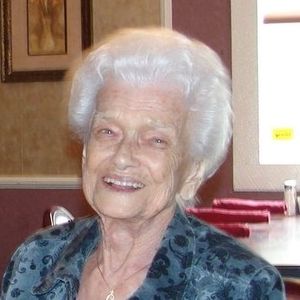 Celia was born to the late Wojcik and Maria (Sawinska) Czepiel in Wielkie Oczy, Poland, in 1913 while her mother visited relatives for what would be last time as World War I was looming on the horizon. Her mother returned to the United States with Celia when she was six months old.

Celia married the late Antone Charves on Nov. 23, 1934 and settled in Lowell.

She leaves her loving son, Richard Charves of Marlborough and his wife Deanna. Her second son, Robert, passed away from bone cancer when he was 22. She had four siblings who have all predeceased her, an older brother, Edward Czepiel, and three younger siblings, twins Theodore and Alfred Czepiel, and a sister, Stella (Czepiel) Ward.

In Lowell, she worked in the mills until the late 1960s when the mills closed. She then worked for RCA in Bedford, the Giant Stores, and finally at Mobil Chemical, working 12-hour shifts on her feet until she retired at 65.

Celia’s family would like to thank everyone at Coleman House for their incredible love and dedication in caring for her these past two years, as well as the devoted people of Jewish Hospice who have walked with us on this journey.

Calling hours will be held Thursday, June 13, from 9-10 a.m., at the Slattery Funeral Home, Inc., 40 Pleasant St., Marlborough, followed by a funeral Mass at 11 a.m. at St. Bernadette Church, 266 Main St., Northborough. Burial will be private.