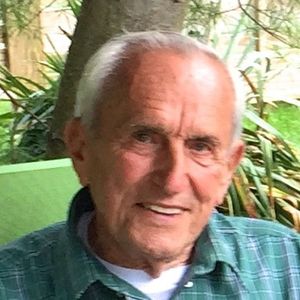 Marlborough – John Yanchewski, of Marlborough, affectionately known by family and friends as Iggie, passed away peacefully after many extra innings at the age of 89 July 9, 2019, surrounded by those he loved.

Born in Maynard and raised on the Assabet River, he grew up fishing and trapping with his late brother Stanley. After graduating from Maynard High School in 1948, he served in the Marines during the Korean War and fought in the landing at Inchon and the liberation of Seoul.

Having walked 40 miles in 40 below temperature, he became one of the Chosen Few when he helped free the UN troops trapped at the Chosin Reservoir. A photo of him walking aside a truck of fallen Marines appears in many history books, living up to the motto of never leaving a soldier behind.

Gardening was one of his passions, and visitors were treated to a tour of the garden to admire everything from his roses to fruit trees, vegetables and berries. John loved to fish, particularly at the ocean for blues and stripers.

He had a great sense of humor and knew the jokes in every episode of Seinfeld and Pink Panther movies by heart. Golfing was another passion, and he was particularly proud of his hole in one at Kings Way Golf Club in Yarmouth. He enjoyed playing cards, whether cribbage at the Fish and Game or playing scat with his grandchildren.

An avid fan of all New England sports, he especially loved the Boston Red Sox, although there was never a catcher that he liked. He loved feeding and watching the birds outside his kitchen window and made sure he shoveled a path to his feeders during the winter.

He and his late wife Phyllis had a small business after retiring, Jefferson Antiques. They loved the ocean, especially Cape Cod, Martha’s Vineyard, and Gloucester. They celebrated most of their anniversaries at Lake Morey in Vermont where they honeymooned.

Those who wish may make donations in his memory to the Adam Bullen Memorial Foundation, 24 Charlton St., Oxford, MA 01540.