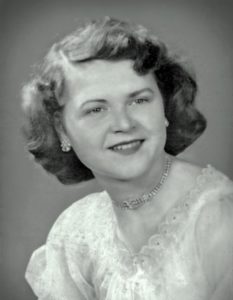 She was born, raised and educated in Webster, the daughter of the late Felix and Julia (Stelmach) Tryba and is survived by her brother Bernard of Webster.

Lorraine worked as an electromechanical assembler for Koehler Manufacturing for over 30 years. She enjoyed a quick wit and great sense of humor, but most of all, her friend and family gatherings.

She leaves two sons, Allen W. and Paul J. LaForte, both of North Grafton; a daughter, Maureen R. O’Neil and her husband David of Marlborough; and a granddaughter, Christine LaForte of Austin, Texas.

A Mass of Christian Burial will be celebrated Thursday, July 18, at 9 a.m., in the Immaculate Conception Church, Prospect Street. Burial will follow in Evergreen Cemetery, Wilson Street. Funeral arrangements are under the direction of Fitzgerald & Collins Funeral Home (www.CollinsFuneral.com), 378 Lincoln St., Marlborough.