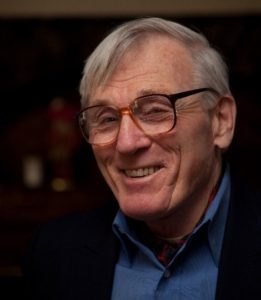 Born in Beverly, Mass. in 1938, he matriculated from M.I.T. in 1961 with degrees in Astronautics and Economics, earning an MPhil in Applied Mathematics from Northwestern University in 1966 and a PhD from M.I.T. in 1982 (Political Science and Economics). He directed several research centers in the United States and Canada as well as the Computing Center at the University of Ibadan, Nigeria, under the auspices of a Rockefeller Foundation Grant.

By 1989 he had joined the Harvard Institute for International Development. His projects took him to Pakistan, Kazakhstan, Egypt, Malawi, Zambia, Kenya, Lesotho, the Gambia, Indonesia, the Philippines, Jamaica, Peru, and the Dominican Republic. His plan for streamlining the tax system of the Dominican Republic was nominated for a Computerworld Smithsonian Award in 1993. Besides numerous publications, he left a legacy of unpublished manuscript material.

He is survived by his wife of 44 years, Jean Borgatti of Shrewsbury; his son, Angus Morrison of Natick; his daughter, Cecily Morrison of Cambridge, England; one granddaughter, Lily Morrison; and three grandsons, Colin, Ronan, and Ethan Morrison. He also leaves his brother David Morrison of Carlisle; his sisters, Barbara Morrison of Virginia and Susan Metzler of Florida, as well as several cousins, nephews, and nieces.

A remembrance celebration is planned for Sunday, Aug. 18, at 1 p.m., at the M.I.T. Chapel in Cambridge, Mass.

In lieu of flowers, donations may be made to World Access for the Blind (https://waftb.net/); The St. Andrew’s Church Historic Organ restoration fund (https://www.standrews-chesterton.org/wp-content/uploads/2019/06/organ-appeal.pdf); or to the charity of your choice.