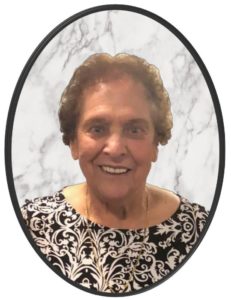 Born in Ludlow, she was the daughter of the late Ana (Ramos) and John Pina. Isaura was the loving wife of the late Renato Teixeira, who died in 1990. They had been married for nearly 45 years at the time of his death.

Prior to her retirement, she had worked at Thomas Taylor & Sons for 35 years and later at Digital Equipment for 10 years.

Isaura was an active member of the Holy Ghost Society, Our Lady of Fatima Society, the Hudson Senior Center and the Hudson Portuguese Club, where she has been a member for more than 50 years.

Isaura was passionate about the love she had for her family, her faith and a proud resident of Hudson who was a very dear friend to many.

She is survived by her daughter, Anna, and her husband, J. Michael McGorty of Marlborough; her son, Antonio Teixeira, and his wife, Joyce, of Berlin; and four grandchildren, Ryan McGorty and his significant other, Michelle Doucette, of Hudson, Meghan McGorty of Marlborough, Justin Teixeira and his wife, Ellen, of Leominster, and Andrew Teixeira of Marlborough. Isaura leaves eight great-grandchildren, Addison and Jameson McGorty, Bobby and Kamryn Govoni, and Isabella Campbell, all of Hudson. Travis, Riley and Gia Teixeira of Leominster. Isaura was the sister of the late Maria and Clara, of San Paolo, Brazil, whom she loved so deeply.