Westborough – For three weeks this summer, a number of Westborough youngsters put down their phones and tablets and instead headed to the Westborough Golf Club (WGC).

The kids were participants in a summer golf lessons program sponsored by the Westborough Recreation Department in cooperation with the town’s Westborough Golf Club, the public course located at 121 West Main St.

The program was overseen by Lori Kinney, who is the longtime assistant coach for the girls’ team at Westborough High School.

Working with the kids, boys and girls, who ranged in age from 6-13 years old, was a “wonderful experience,” she said.

Some of the kids had been in the program  last year and/or had some experience while other were picking up the clubs for the first time, she said.

“You can just see by the smiles on their faces how much fun they are having,” she added. “I really believe many of these kids will continue to enjoy golf after this program.”

During each week’s session, the kids first learned putting and chipping on a practice green. They then went onto the 8th fairway where they played 100 yards on holes 8 and 9. Tuesdays and Wednesdays they met at the nearby Sarah W. Gibbons Middle School field where they learned full swings using restricted flight balls. Thursdays they were back at the WGC.

The week however was not just about the sport of golf, Kinney said.

“They also learn about things like etiquette, integrity, and character,” she said. “Things that apply to golf but also life.”

“It’s been so much fun to work with the kids,” Lee-Burke said.  “Some of the kids were here two or three of the weeks. It’s been nice to bond with them.”

“I love to play golf so it’s been nice to share that with the kids and teach them about it,” Maloney added.

As part of the program, the WGC Operating Committee also awarded a scholarship each of the three weeks to a participant, which would allow them to play for free at the course for the remainder of the year.

The winners were Mae Abraham, Emmalyn Tse and Ellie Spencer.

Emmalyn said she hoped that learning more about golf would enable her to play more with her father. She also praised the WHS girls.

“They were really nice and made it really fun,” she said.

Ellie noted that she had mostly played miniature golf before this program.

“I really wanted to try something new and now I just love it,” she said.

The girls had not known each other beforehand but now had become good friends, they added.

In 1974, the town of Westborough purchased the 110 acre property.  In 2018 the name was changed to Westborough Golf Club from Westborough Country Club.

The beautiful course is owned by the town, but is a public course, open to both residents and non-residents.

It has four sets of tees, which can accommodate all levels of play for nine or eighteen holes. 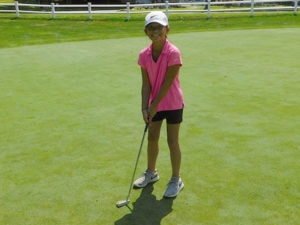 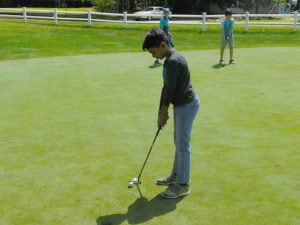 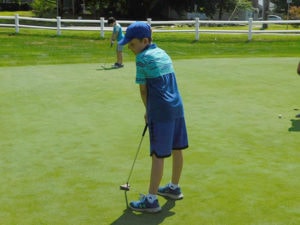 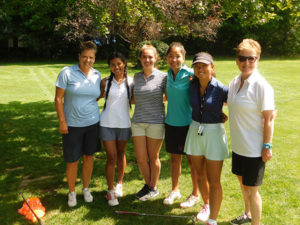 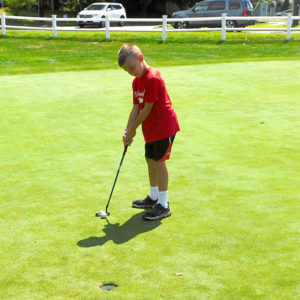