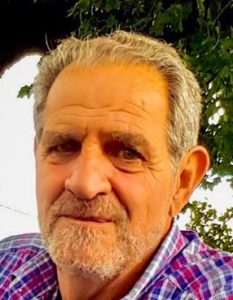 Northborough – Stephen G. Pappas, 66, died Aug. 8, 2019 from his short-term battle with lung cancer. He was the husband of Linda (Bouvier) Pappas, to whom he was married for 33 years.

He was born in Marlborough, the son of the late George and Lumina (Turgeon) Pappas, and lived in Marlborough most of his life until moving to Northborough 34 years ago.

Stephen worked for over 40 years for the Seymour family in Marlborough, beginning his career in the oil & heating business to end his career as a master fabricator and craftsman for Seymour Enterprises. His drive as a perfectionist in anything he put his hands on has deemed him as a “jack of all trades.” If you never knew anything about Steve, he was always willing to put others first and lend a helping hand. Steve could do it all. If “Stevie” didn’t know how to do it, no one did.

Stephen grew up a racing fan from his childhood days of crewing on quarter midgets for the Seymour boys. As time went on his talents were needed on their nationally raced sprint cars and eventually in 1981 building parts and painting their car for the Indy 500. Outside of work, staying in contact with friends and family was one of the best qualities of Stephen. Seeing the success of others throughout their lives is what made him wake up every day smiling.

Besides his wife, he is survived by a son, AJ Pappas of South Boston; a daughter, Tiffany Bouvier of Worcester; a sister, Catherine LaJeunesse of Marlborough; a brother, James Vaillancourt of Marlborough; and nieces and nephews. Stephen will join his predeceased sisters Jeannine Seymour and Marie Chene in heaven.