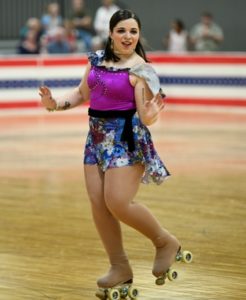 Region – Ever since she was a little girl, Samantha Kiley of Berlin has loved to roller skate.

“I started at age 7, going to a lot of parties that were held at the Hudson Roller Kingdom,” she recalled. “I also participated in an after school program. It was so much fun.”

Now 25, Kiley is still enjoying the sport she loves. And, recently, her many years of hard work and dedication paid off when she placed third in the Classic Gold Women’s Single Dance at the 2019 National Roller Figure Championships held in Spokane, Wash.

In her dances, she is graceful and poised, demonstrating moves, footwork and edges that she makes look very easy, belying the technical expertise needed to execute them.

Even when she was a college student at St. Anselm College in Manchester, N.H., studying math, she still found time for her passion.

“It was difficult to find the time, but luckily Roller Kingdom’s sister rink, in Tyngsborough, which was not too far away, was nice enough to let me practice there,” she said.

Now a software automation engineer, her schedule is even tighter. But she still finds the time to practice nearly every day.

“It’s a little rough,” she admitted, “but I find the time at nights and on weekends.”
Kiley has also taken up sewing as a way to help her coach Heidi Permatteo, who makes many of the skaters’ at the rinks’ outfits.

“I just want to help her out because she does so much,” Kiley said.

Permatteo has been Kiley’s coach since she started skating. She has on occasion also taken lessons with Jodee Viola, whose family has been one of roller skating’s iconic families for decades.

Kiley also helps out at competitions, using her math skills to do tabulations which help determine placements. In doing so, she is following in the footsteps of her mother, Jane, who passed away in 2017.

“She did tabulations for a long time,” Kiley said. “She was always at my competitions.”

“We’re really proud of her and her hard work paying off,” John said.

Lidia was not able to travel to Spokane to watch the competition, but was able to enjoy it afterwards when her granddaughter showed her video clips of her performances.

“She was just beautiful,” Lidia said.

Going forth after the excitement of this year’s Nationals, Kiley is excited, she said, to continue improving.

“Skating is something you can do forever,” she said. “I love it so much. I cannot see myself ever getting out of it.” 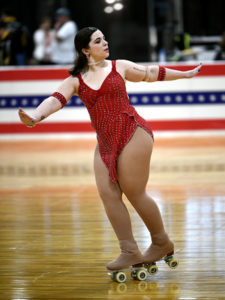 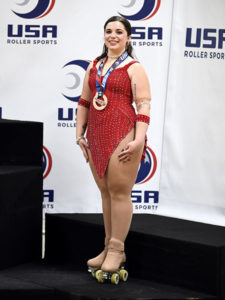