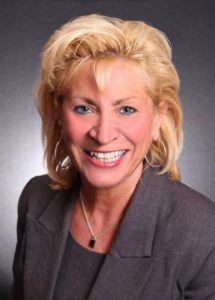 Holly was born in Clinton on Dec. 13, 1959, the daughter of the late Richard and Shirley (Coccione) Beauregard. She was raised in Hudson and graduated from Hudson High School after also attending Hudson Catholic.

She enjoyed a long and productive career as a realtor for many years and currently worked as a customer service representative for Suburban Propane in Marlborough.

Holly was an active person who enjoyed exercising, going for walks and spending time at the beach. She was also an amazing cook, who loved experimenting with new recipes and preparing her seafood specialties. Holly was also a fierce Boston sports fanatic and especially loved the Boston Bruins. She also enjoyed testing her luck with scratch tickets and keno. Most of all she loved spending time with her family, who she adored.

In addition to her beloved husband, Michael V. Orphanos, she was also survived by her two daughters, Tanya M. (Lamore) Pashalian and her husband Scott of Long Island, N.Y. and Sarah A. Mathews and her companion Aaron Burke of Derry, N.H.; her brother, Rick Beauregard of Westerly, R.I.; her sister, Linda Colaluca and her companion Jack Sullivan; three grandchildren, Domenic Pashalian, Juliana Pashalian and Elliana Pashalian; her aunt, Carol Dussault and her husband Richard of Arizona; her godmother, Sharon Sheridan; and many nieces and nephews. Holly was also predeceased by her brother, Bobby Beauregard.

Relatives and friends are invited to a period of calling hours Friday, Sept. 13, from 4-7 p.m., at TIGHE HAMILTON REGIONAL FUNERAL HOME, 50 Central St., Hudson. A funeral cortege will process Saturday, Sept. 14, at 8:15 a.m., from the funeral home to Saint Michael Parish, 21 Manning St., Hudson, for a 9 a.m. Mass of Christian Burial, followed by a procession to Forestvale Cemetery in Hudson for burial.

In lieu of flowers, donations can be made in memory of Holly A. Orphanos to the Immune Deficiency Foundation.