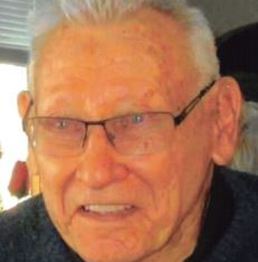 He was born Feb. 1, 1923 in Jefferson, son of the late Anna E. (Lysik) and Stanley J. Mercik. He grew up in Saudersville, a village of Grafton. He graduated from Worcester Boys Trade School in 1942 where he studied printing. He enlisted in the U.S. Army Air Corps in 1942 and was stationed throughout the United States during World War II with a specialty of radio communications.

Following his military service, he began working at The Vellumoid Company in Worcester where he remained employed for 44 years. While working, he attended Worcester Junior College and earned an Associate’s degree in 1956 in Industrial Engineering.

He married the love of his life, Alice H Wadas, in 1950 and they had 66 wonderful years together in Shrewsbury, prior to her passing in 2016.

He is survived by his son, James Mercik and his wife Susan Reid of Hartford, Conn., and daughter, Ann Sieben and her husband, David of Niantic, Conn. He also leaves his sister, Cecelia S. Kuras of Grafton; three grandchildren; nine great-grandchildren; several nieces and nephews; and his cousin, Chet Lysik and his wife Pat. He was predeceased by his brother, Charles P Mercik.

Chet was a kind, caring, hardworking, gentleman: a proud veteran who loved his family, and his country. He was a serious sports fan, rooting for the Red Sox, the Patriots and the Celtics. Their many World Championships made him very happy. He always had at least one project going on around the house, and there was rarely anything that he couldn’t fix.

He developed a love of traveling when he was in the service and throughout his life, he continued to enjoy family car trips through New England and the Mid-West.

The Mercik family wishes to convey a heartfelt thank you to the staff at Crescent Point at Niantic and VITAS Healthcare Hospice for their compassionate care.

Funeral services and burial will be private at the convenience of the family.

In lieu of flowers, please consider honoring Chet and supporting veterans with a donation to Veterans, Inc., 69 Grove St., Worcester, MA 01605 or online at www.veteransinc.org.

A Book of Memories to share a favorite story or message of sympathy with his family is available at www.RoneyFuneralHome.com.