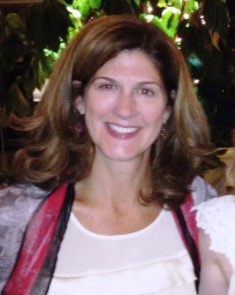 Westborough – Joan M. Rooney Clancy, 50, of Westborough, passed away peacefully on Tuesday, Oct. 1, 2019 at home. She was the much beloved wife of Christopher K. Clancy.

Born in Pittsburgh, Penn. she is the daughter of Patricia Rooney of Pittsburgh and the late Daniel Rooney. She was raised and educated in Mt. Lebanon, Penn. and attended Shady Side Academy. She graduated from John Carroll University and Duquesne University where she earned her Law Degree and earned her teaching degree from Framingham State University.

Joan was a teacher at St. Bernadette’s Parochial School in Northborough.

She was a communicant of St. Luke the Evangelist Church and has been a resident of Westborough since 2005.

She was predeceased by two sisters, Kathleen Miller and Rita Rooney.

Her memorial Mass will be celebrated on Saturday, Oct. 5, at 10 a.m. in St. Luke the Evangelist Church, 70 West Main St., Westborough. Burial will be private. There are no calling hours.

In lieu of flowers, donations in her memory may be made to Buddy Dog Humane Society, 151 Boston Post Rd., Sudbury, MA 01776. (www.buddydoghs.com)