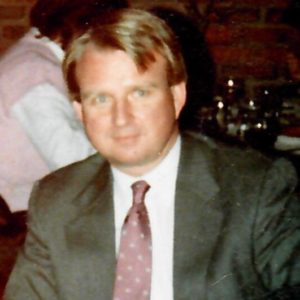 Westborough – Rudolph M. Isvak II (“Rudy”), long-time Westborough, MA resident, succumbed on September 20th at UMASS Memorial Hospital in Worcester, MA after a long illness.  He was born in Berwick, PA to Jean and Rudolph Isvak, on May 5, 1943.  Grounded in the traditions of his Hungarian grandparents, he and his Mother lived with them on their farm until the age of three, when his Father returned from Army service in WWII.

A multi-faceted, talented man with many accomplishments during his lifetime, Rudy was a child prodigy on the trumpet from a very young age. He played with the Berwick High School marching band in the third grade—imagine the retailoring of that uniform! In the 50’s, he won the all-round talent competition on the Ted Mack Amateur Hour, when an audience applause meter determined the winner. American Idol take notice! The Ed Sullivan show came next, followed by Carnegie Hall, The Boston Pops, and working his way through Temple University playing at jazz clubs in Philly.

Graduating from Temple in 1966, the business world was calling. He sold his horn, and began a career in data communications with RCA in ’69, followed by a job at Honeywell in computer systems design. A man before his time, he advocated desktop computing when mainframes did the work. A former Honeywell associate, Darrell Crow (a local internet artist), recently presented Rudy with an exquisite painting he named, “Lone Eagle”.  He said it represented the leadership qualities and team innovation that Rudy inspired when they worked together. Well-respected and much sought after, Rudy moved into positions in product marketing, computer consulting, and sales management at high-technology companies including Zentec, Perkin-Elmer, Data General, Printronix, Wyse, CIE Terminals, finally retiring from Xerox.

A kind and caring man, Rudy had a special place in his heart for children and dogs.  His wife, Carol, of 31 years, said he was the “dog whisperer”.  He taught Sunday school, coached little league baseball, tutored a son to become the “best trombone player in MA for his age”, and loved watching his daughter dance in The Nutcracker at the Wang Theater.  He took such pride in them all when he reminisced.

His life was full of varied interests including a sailboat out of Newport, RI, college and professional sports across the spectrum, golf from Pebble Beach to Cape Cod (where he often vacationed), world-wide travel, an antique hobby that became a business, old-world cooking of family recipes, of note was his “good luck” New Year’s Day dinner, and love of all things patriotic especially living in Westborough, a quintessential New England town, near Boston where America was born.

He had two sons from a prior marriage, Rudy Isvak, Jr., of Westborough, and a daughter, Cheryl and husband Jimmy Lyman of Charlton, MA.  He was pre-deceased by a step-son, Jim Brunzell, in 2000.  Beloved by four grandsons, Brandon, Alec, Kyle, and Austin, Rudy never missed a chance to share stories, play games, or originate new adventures for all to enjoy! Son-in-law, Jimmy, remembers Rudy’s wisdom and fairness in dealing with his grandsons and said, “He was a good man”!

Survivors include a brother, Ronald, of Orangeville, PA; a sister, Marijean and husband, Chuck Gensel of Harrisburg, PA; niece, Ashley and nephew, Chad all of Harrisburg; a cousin, Caroline Moyer of Berwick, PA; and sister-in-law, Dawn Swanson and nephew, Ryan of Seattle, WA.

In lieu of flowers, memorials honoring his life may be made to Shriners Hospitals for Children or St. Jude’s Children’s Research Hospital.

A future celebration of Rudy’s life will be private.