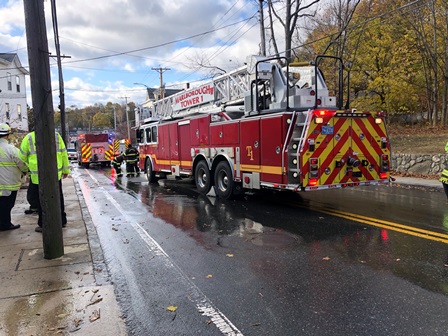 Marlborough – A house fire during the morning rush hour shut down West Main Street  (Route 20) in Marlborough this morning.

The fire was in a single-family dwelling at 218 West Main Street. The alarm was received at 7:37 a.m.  Engine 1, Engine 2, Engine 3 (as the Rapid Intervention Company),  Rescue 1, Tower 1 and Car 5 (the Shift Commander) responded. Three other command vehicles as well as the department’s Air Unit and Fire Investigations Unit also responded.

The fire was contained to the second floor, but there was smoke and water damage throughout.  The Red Cross was called to make contact and assist the occupants.

The cause of the fire is under investigation. Damage estimates are unavailable at this time. 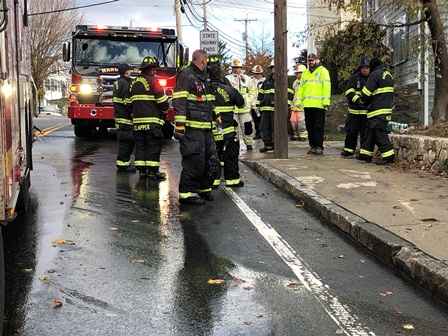 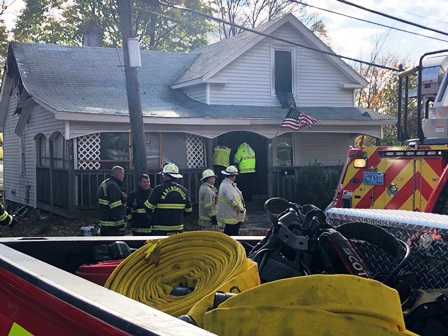