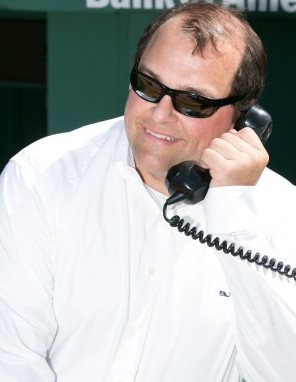 Southborough – Brian G.  Shifrin, 43, of Southborough, passed away on Saturday, November 16, 2019, at his home, after a battle with ALS. He was the beloved husband of Kristine (Wingate) Shifrin for the past 16 years.

Born in Lynn, he was the son of Laura (Mand) Shifrin of Townsend and the late Stephen Shifrin.

Brian was raised in Townsend and attended Applewild School in Fitchburg. He loved Applewild and later became a member of their board of directors.  He was a graduate of Choate Rosemary Hall High School of Wallingford, CT, attended University of Rochester, and graduated from Fitchburg State College and Suffolk Law School.

Brian and Kristine married in 2004 in Walt Disney World. They settled in Southborough, a place he loved and volunteered his time on several boards.

He was the chair of the recreation commission, Affordable Housing Trust Fund Committee, and Golf Course Master Plan, was a member of Community Preservation Committee; SHOPC; and was elected to the Board of Selectmen.

Brian also served as the commissioner of Southborough Men’s Softball for over 15 years. However, his greatest joy was being a parent to his children, Charlie and Courtney.  He was the best dad. He loved watching his kids play sports, helped them with homework, played catch all the time and brought them to Red Sox and Bruins games. He coached his kids and their friends in baseball for several years. He was a devoted coach.

Brian was a Red Sox season ticket holder in the State Street Club for years. There was not a place that made him happier than going to Fenway with his family. Brian and his family traveled to different MLB ballparks each summer. He loved Billy Joel concerts and a good steak.

When Brian was diagnosed with ALS he fought so hard to keep living. His grace and determination was an inspiration to so many Loyal Shifstrongers.

A graveside service will be held on Monday, Nov.  18, at 1 p.m. at Southborough Rural Cemetery, Middle Road. Visiting hours will be held on Tuesday, November, 19, from 4 to 7 p.m. at the Morris Funeral Home, 40 Main Street, Southborough. The family has asked that all that who attend the wake, please wear your Red Sox gear. A celebration of a life well lived will be announced at a later date.

Brian’s family would like to thank all those that stood by them every day of his illness. They would also like the thank his doctors Merit Cudkowicz of MGH and Robert Brown of UMass and their teams as well as his caregiver Martha Ramos, the Boston Red Sox, Jen Dimartino of ALS One and Ron Hoffman of CCALS.

To honor Brian, memorial contributions may be sent in his memory to ALSone.org; CCALS.org; or www.Marybethfoundation.org.

To send words of condolence to the family, please visit www.morrisSouthboroughfuneral.com.