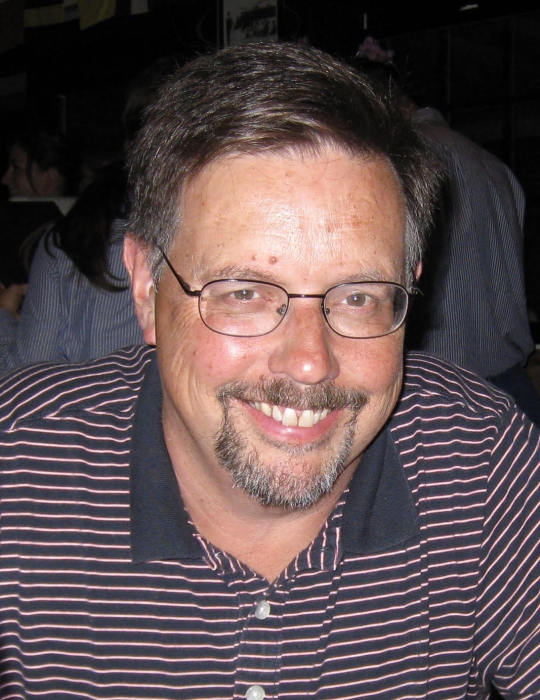 Hudson – Paul Robert “Skip” Johnson passed peacefully at his home in Eastham, MA on Tuesday, November12 at the age of 72.

Born and raised in Brooklyn, NY, he was the son of the late Emil A. and Mary Jane (Jennings) Johnson, and the dearly loved husband and best friend of Lynne R. (Ruberti) Johnson. Paul lived and worked for many years in the town of Hudson, MA and moved to Cape Cod in 2015.

Paul graduated from Brooklyn Friends School in 1965. He received his undergraduate degree from Alfred University in 1970 and received his Masters Degree in Voice from New England Conservatory in 1972.

Paul was dedicated to his wife and family whom he loved with passion, tenderness, warmth and humor. He was a beloved son, brother and friend and was the great love and life partner of his wife Lynne. Paul was a devoted and loving father and grandfather to his beautiful children and grandchildren. He was a unique and selfless person, who shared himself with everyone who came into contact with him. He lived with integrity, passion, humor, inclusiveness and generosity.

Raised by parents who surrounded him with art, music and educational opportunities, it was no surprise that his passion for the arts led him to a career as a music and theatre educator.

A gifted tenor, Paul was a featured soloist in many classical works, operas, oratorios and played leading roles in many musical theatre productions. He dedicated forty-two years of his life to the greater Hudson area, performing, directing, producing and educating children and adults. He led numerous choral, musical and theatrical performances.

A celebrated music and drama teacher at Hudson High School, whom students affectionately named “Skip”, Paul worked tirelessly to give voice to the many young people who were lucky enough to enter his classroom. He devoted himself wholeheartedly to the creativity, talent and well-being of all of the students and community members who had the opportunity to work under his energetic direction. He retired from the Hudson Public Schools in 2004 but continued to both work and volunteer in the schools and community as a choral director and vocal teacher.

He was the founding director for the Acton Community Chorus which he led from 1984 until his retirement in 2015. In October of this year, in celebration of his countless achievements, the auditorium at Hudson High School was renamed the Paul “Skip” Johnson Auditorium. This was made possible through the advocacy of a group of dedicated alumni with support from thousands of community members.

In his last years, Paul enjoyed spending time at his Cape house in Eastham, MA with his wife Lynne. Together they watched birds from their front porch, walked on the beach with their dog Daisy, hosted visits from friends and family, sang with the Outer Cape Chorale, performed in a musical, and spent wonderful relaxing timetogether. Paul eagerly anticipated visits from his beautiful children and grandchildren when all twelve family members played games, swam in the bay, walked out on the flats during low tide and listened to or played music together. Paul’s love and essence will forever be present in the life of his family and many friends.