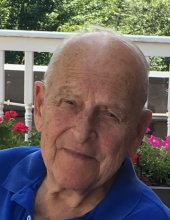 Shrewsbury – Richard A. Tyler, 84, of Shrewsbury, formerly of Concord, passed away peacefully at home on November 25th. Having just lost his beloved wife, Jane, on October 2nd after 63 years of marriage, Rich is now reunited with his “beautiful bride”.

He is survived by his son, Wade Tyler and his wife Donna, of Marlborough and his daughter, Lesley Troio and her husband Stephen, of Shrewsbury. He was the Loving Grampy to Connor, Cam, Bret, Craig, Colby and Nicole Richardson and her husband Peter. He was also the proud Great Grampy to Maddyn Jane. Rich is 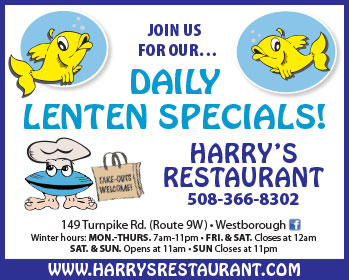 Rich began his career in 1953 with Minute Man Publications. He covered all bases of the community newspaper including selling advertising, directing production and newspaper circulations. He also served as President of The Concord Journal and founded Acton Minute Man. In October of 1971, Rich and six colleagues purchased Minute Man Publications, Inc. and was named Executive Vice President. Opting for early retirement at the age of 46, Rich’s life-long love of hockey found him and his brother-in-law operating Kade Pro Shop in Valley Sports Arena in Concord. There Rich spent endless hours outfitting all players from youth to future pros. Rich enjoyed nothing more than sharing his stories and knowledge with everyone he met. He was a true ambassador to the game he loved.

Rich took great pride in family. He was there to share in all of Wade and Lesley’s accomplishments as well as his grandchildren. He attended their sports events and never being at a loss for words, loved sharing their achievements with others. He beamed with pride when talking about their goals, homeruns and hitting a 3- pointer in the game.

Relatives and friends are respectfully invited to attend visiting hours on Monday, December 2 nd from 4-7 pm at the Chiampa Funeral Home – 5 Church Road, On the Common, Shrewsbury Center. Mass of Christian Burial will be held at St. Anne’s Church, Shrewsbury on Tuesday, December 3 rd at 11:00 am. Interment will follow at Mt. View Cemetery. In lieu of flowers, donations may be made to the Jimmy Fund.