Relative to OPEB (Other Post-Employment Benefits), Mizikar reported that an actuarial analysis of the Shrewsbury Retirement System revealed that the system is 95.8 percent funded with a remaining obligation of $5,603,844, which will be funded in FY20. 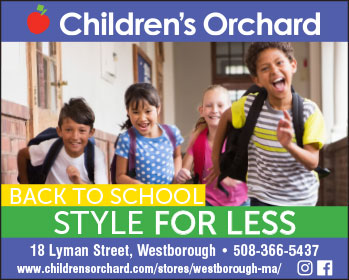 Mizikar said that this is two years ahead of the FY22 target.

However, the Retirement System’s actuary recommended revising the mortality tables used by the town to calculate future costs. This will require a new amortization table and funding levels above the normal cost for the next two to five years.

Mizikar’s first objective listed funding the retirement system in FY21 at $4,315,000 and the Other Post Employment Benefit trust at $500,000.

“This would equal the total amount that was funded for the FY20 budget less $1 million. I highly recommend that I work closely with the board to come up with a plan for that $1 million and that we are conservative moving forward with funding costs on the horizon both with incremental changes that we will see year to year and significant changes relative to the school department with the opening of the new elementary school,” Mizikar stated.

“2022 has been the target for the town for a number of years and frankly other areas in the budget during the past lean cycle suffered because we held true to 2022,” noted Selectman Jim Kane.

“I don’t feel as though we are in the place early on in this number of fiscal years to say that that is going to be the policy,” he continued.

The suggestion was made by Selectman John Samia to put the $1 million into Free Cash until further forecasting is achieved.

“While a part of me wants to save the money and put it aside, I think that we also need to provide relief for those departments that have been waiting for some of their objectives to be met,” added Selectman Beth Casavant.

Also discussed was the limited amount of space remaining at the Shrewsbury Landfill. The landfill will reach its current permitted capacity in FY28.  It has been a revenue source for the town. As such, reliance on this as a source must change.

In addition, the town does not anticipate marijuana revenue for FY21 because no retail establishment is fully licensed or permitted to open as of yet.

Regarding funding requirements for the New Beal Elementary School, Mizikar said he will work closely with the School Department to develop a comprehensive expense plan for the operation of this new facility.