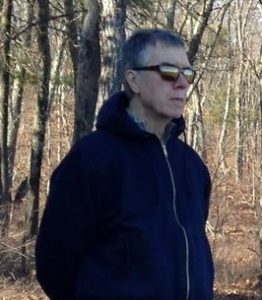 Henry was born in Brooklyn, NY, the son to the late Henry G. and Dorothy (O’Brien) Pfeifer. He was raised in Hempstead, NY, attended the St. Thomas the Apostle School and graduated from Archbishop Malloy HS, Class of 1969 prior to earning his B.S. in Pharmacy from the St. John’s University College of Pharmacy. In later years, Henry continued his education at WPI, where he earned his M.B.A.

Henry completed his residency at Mass General Hospital’s pharmacy. Throughout his career as a pharmacist, Henry worked in retail and hospital pharmacies as well as assisted with industrial and pharmaceutical research projects at Fisons Corp, Astra Pharmaceuticals, and Bayer Corp.

He was a member of the APhA, former coach to the Northborough Youth Soccer League and a past Boy Scout Leader with Northborough’s Troop 101. With a passion for anything to do with the outdoors, Henry found pleasure in hunting, fishing, pigeon racing and boating. He was a member of the Marlborough Fish and Game Club and looked forward to training his bird dogs and working the fields with them. He was a gentle man and always good for a practical joke. Most of all, Henry loved the time spent with his family.

Henry is survived by his devoted wife of 45 years, Dr. Patricia A. (Oswalt) Pfeifer; a son, Eric C. Pfeifer and his wife, Heather Briere-Pfeifer; a granddaughter, Maribelle Briere-Pfeifer; a sister, Kathleen Beaumont and her husband David of California; his sister-in-laws, Mary Oswalt of Laconia, NH, Kathryn Waldron and her husband David of Meredith, NH; several  nieces and nephews. Henry was preceded in death by his sister, Harriet Younker and his brother-in-laws, Edmund and Kenneth Oswalt.

The Pfeifer family wishes to extend heartfelt gratitude to the care team of the Harbor at Shrewsbury Crossings and the nurses of Notre Dame Hospice for their care and concern shown to Henry and the family during this difficult time.

Friends are cordially invited to attend visitation hours from 12–2 p.m. on Saturday, January 25, at Hays Funeral Home, 56 Main Street, Northborough. A memorial service will follow at 2 p.m. in the funeral home.