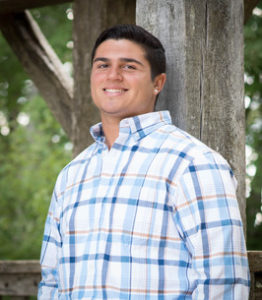 Grafton – “If you want to lift yourself up, lift up someone else” – Booker T. Washington. If you knew Antonio Pena, or “Tony”, you know that is the way he lived his life which ended far too soon as he passed away January 14, 2020 following complications from a rare brain cancer, Gliobastoma. Tony’s nature of putting others first even in the face of the disease he fought is the loving legacy he leaves.

His early years were spent in Wethersfield, CT and Arlington MA before his family moved to Grafton when he was 12. He went to Grafton Middle School where he also played Pop Warner Football and Little League Baseball. He also played football during his freshmen year at Grafton High School before he transferred to Blackstone Valley Tech during his sophomore year where he was part of the Manufacturing & Engineering Program. He also continued to play football for Valley Tech.

During the summer he was a Camp Counselor at the YMCA in Westborough and he was also devoted to KODA (Children of Deaf Adults), a group that became a second family to him throughout his life. He attended Camp Mark7 for 6 years in a row where he was hugely influenced as a KODA member. This place bloomed his heart. His broad smile, sense of humor, infectious laugh, ease of making people feel welcome that really need it and mischief that made it impossible to stay mad at him are among the many things that his friends and family will miss.

Please honor Tony in lieu of traditional remembrances with a donation to Camp Mark7 for KODA at www.CampMark7.org.

All are welcome to gather with Tony’s friends and family Friday January 24th from 3pm to 8pm at Roney Funeral Home 152 Worcester St. N. Grafton, MA 01536. He will be laid to rest privately at his family’s convenience.

Please share your favorite memory of Tony or message with his family in a Book of Memories at www.RoneyFuneralHome.com.