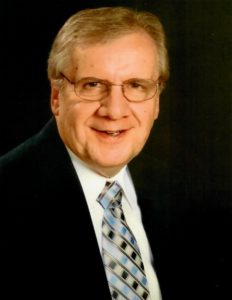 Westborough – Paul Ouellette of Westborough, formerly of Wilmington and Saugus, born 12/22/41 in Salem, Mass, son of the late Oscar Ouellette and the late Marie Ann (Levesque) Ouellette, passed away suddenly on January 17, 2020 at the Metro West Medical Center, Framingham after a long battle with Alzheimer’s Disease.

He is survived by his loving wife of 55 years, Sharon (Whitney) Ouellette and his children Eric, and his wife, Kim; Mark and his wife, Karyn; and Stacey Aldrich and her husband, Michael as well as  his grandchildren, Isla and Ronan Ouellette, Larry Scannell, Matthew Ouellette and Ashley, Zachary and Whitney Aldrich.  He is also survived by his sisters, Pauline LaVallee of Seabrook, NH and Rita Ouellette of Spencer, Ma and many nieces and nephews. He was predeceased by his brother, Gerard Ouellette of Salem, Ma and sister, Lorraine Stockton of Peabody.

Paul was a graduate of Salem High School and Northeastern University.  He enjoyed a 40 year career as an electrical engineer at Smithsonian Astrophysical Observatory in Cambridge, Mass.

In lieu of flowers, please consider making donations in his memory to the American Heart Association or the Alzheimer’s Association.