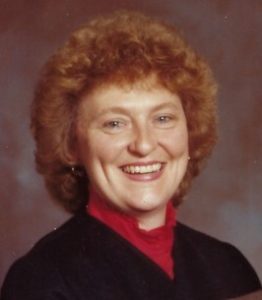 Worcester/Northborough – Judith R. (Peaslee) Gustafson, 82, of Worcester and formerly of Northborough, passed away on January 21, 2020, surrounded by her loving family.

She was born in Worcester, daughter of the late Philip and Evelyn (Johnson) Peaslee. She worked as a secretary at Norton Company, the elected Town Clerk of Princeton, Mass., as an aide at Northborough Middle School, and as a coordinator of the Meals on Wheels program for the South Middlesex Opportunity Council, among other positions. She also actively volunteered for a number of community organizations throughout her life.

Judith leaves her husband Alan Gustafson of Worcester; her son Eric Gustafson, daughter-in-law Maleah Gustafson, and grandson Nathaniel Gustafson, of Holden; her nephew Brett Boucher, his wife Shawn, and daughters Addison and Abigail, of Rutland; her sister-in-law Gulsan (Gigi) Peaslee of Chattanooga, TN; and several cousins. She was predeceased by her sister Margaret (Joyce) Nadon and her husband James; her brother Richard; her nephew Barry Boucher; and her grandson Ethan Gustafson. 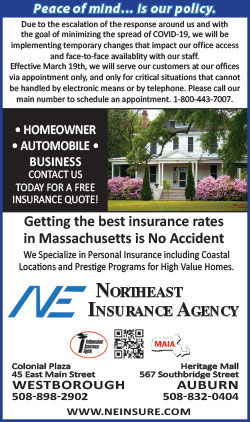 She lived in Northborough for more than 40 years, and was active in the Senior Center, the Northborough Historical Society, Applefest, and Trinity Church, among other organizations. She was never happier than when she was near the ocean, particularly in Maine. She was always up for an adventure and loved to travel domestically and internationally, and particularly enjoyed the five years she and Alan lived in Tokyo, Japan. While in Japan she volunteered for the Red Cross, helping American soldiers injured serving in the Vietnam War.

Calling hours for Judith will be from 3-5 p.m. on Sunday, January 26, at Hays Funeral Home, 56 Main Street, Northborough.  Her funeral will be held from the funeral home at 11 a.m. on Monday, January 27. Burial will follow in Hope Cemetery, Worcester.

In lieu of flowers, memorial contributions may be made to Friends of the Northborough Senior Center, 119 Bearfoot Road, Northborough, MA  01532. To leave an online condolence, please visit www.HaysFuneralHome.com.