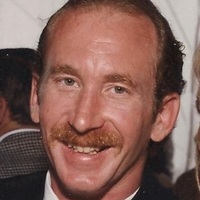 Shrewsbury – Douglas “Doug” Alward, 58, of Shrewsbury, passed away on Sunday, January 26, 2020, surrounded by many loving family and friends at Saint Vincent Hospital, after a long battle with Lupus.

Doug is survived by his loving wife of thirty-one years, Antonette M. (Sciamacco) Alward; their two sons, D. Maxwell Alward and Alfred S. Alward, both of Shrewsbury; a brother, Paul E. Alward and his wife Susan of Shrewsbury; sister in law, Natalia Alward of Millville; a step sister and four step brothers, Robert, Karen, James, Stephen, and Christopher; his mother in law, Delores Sciamacco; a sister and brother in law, Lucrezia Bonner and her husband Craig, all of Worcester; nieces and nephews including, Paul “Alex”, Andrew, Krestina, and Ana Alward, Lisa and Craig Bonner, and Danielle Johnson.  Doug was predeceased by his brother, Alfred, sister in law, Paulene Bombard, his step-father, Clyde “Mel” Jones, and step-brother Thomas Jones.

Doug was born in Worcester, son of the late, Alfred Alward and Beverly M. (Christensen) Alward-Jones and grew up in Shrewsbury and Westborough.  He graduated from Shrewsbury High School and later attended Worcester State University.

Doug was and established mason, owning his own company, Designed Masonry, for many years and was honored to build the “lighthouse” memorial at the Paton School in Shrewsbury.  He loved to be with his family and was happiest when he was watching his sons play hockey, fish on the lake, or tinker with him on his antique cars.  Along with the love of his family, Doug took great pride in his home, and was a talented landscaper and gardener.  He made many friends over the years and was fond of regular card games with his buddies, watching the Patriots, or sipping mai tai’s while enjoying Chinese food.

Calling Hours will be on Thursday, January 30, from 4 pm until 7 pm in MERCADANTE FUNERAL HOME & CHAPEL, 370 Plantation Street, Worcester.  His Funeral Service will be on Friday, January 31, at 11 am in the funeral home, followed by a procession to Notre Dame Cemetery for final graveside prayers.

In lieu of flowers, donations in his memory may be made to The Lupus Foundation of America, by visiting their website at https://www.lupus.org/