Grafton – 2019 culminated with a particularly eventful few months for Grafton native Ricky Duran. His soulful rendition of Leon Bridges’ “River” on NBC-TV’s “The Voice” enticed all four celebrity judges to turn their chairs within 30 seconds. He joined Team Blake Shelton and ultimately placed second on the show’s finale.

Now residing in Austin, Texas, Duran will once again appear in the city where he became a musical fixture for about 10 years. On Friday, March 27, at 8 p.m., he’ll take the stage at Worcester’s Hanover Theatre for the Performing Arts. Expressly for this concert, he assembled a band consisting of local musicians. 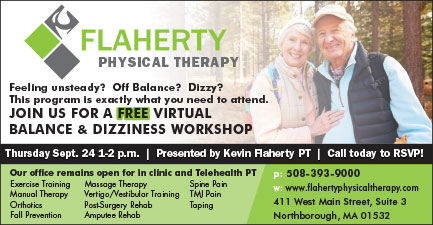 “I owe a lot to the city,” he said of Worcester’s faithful following. “It’s going to be a blast to play at such an iconic theater. We’ll play songs that were featured on ‘The Voice,’ as well as never-before-heard originals.”

Duran learned to play guitar at age 6 from his father, who was a musician with another fulltime job to support their family. While Duran attended Grafton High School (GHS), they played together in a band at local venues including the Post Office Pub.

“My father played music by ear and was adamant about learning that way,” he relayed. “If you can hear and play it, then you embody the music.”

A 2007 GHS graduate, Duran attended Boston’s Berklee College of Music. Shortly after graduating in 2011, his father took his own life following a period of declining health. Duran strives to continue his father’s legacy through the passion for music that he inherited from him.

Duran moved to Worcester and gigged regularly at many clubs in and around the city. His first try on “The Voice” in 2012 resulted with no chairs turned. In June 2018, he lost his mother to breast cancer. Music has helped Duran during both successful and challenging times.

“Every time I play music, I feel like it’s healing,” he noted.

Realizing that he reached a plateau performing around Worcester, Duran took action to further his career. As his musical influence, he credits the late Stevie Ray Vaughan whose career as a 1980s blues artist was based in Austin. Duran relocated to Austin in November 2018.

Another opportunity arose when “The Voice” held preliminary auditions in Austin and he was flown to Los Angeles for blind auditions. This time, he received a four-chair turn followed by standing ovations from celebrity judges Kelly Clarkson, John Legend, Blake Shelton and Gwen Stefani.

Shelton enthusiastically raved, “That was a performance that clearly had us all from the beginning! … I’d love to be your coach, dude!”

Legend remarked, “I hear your voice doing so many beautiful things over all the different genres.”

Duran told a visibly elated Stefani that the first concert he saw as a child was her singing with the band No Doubt.

“I chose Blake at the last minute,” Duran acknowledged. “Blake was my mom’s favorite coach. He became my friend over the course of the show.”

Commenting on his contrasting “Voice” experiences, from no chairs turned to four, Duran said, “There’s a little bit of timing and luck that goes into these contests. Also, I’m now vocally stronger and putting my struggles into the music. My emotions come through my singing.”