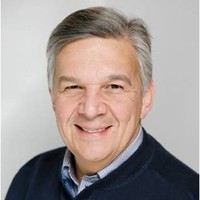 Westborough – Joseph M. Mazzulo Jr., 66, of Westborough and formerly of Brecksville, OH, passed away peacefully at the UMass/Memorial Healthcare-University Hospital in Worcester.  He was the beloved husband to Janet M. (McClain) Mazzulo.

Born in Cleveland, OH, he was the son of the late Joseph M. Sr. and Sylvia (Favino) Mazzulo and stepmother Serafina (Lombardo) Mazzulo.

Joe was a devoted father and avid car enthusiast.  He co-owned “Need for Speed” for 8 years, a model car raceway which became a wonderful father and son activity for their slot-car obsession.  As an owner of Corvettes over the years, he was a member of NCRS (National Corvette Restorers Society), Corvettes United and the Grand Sport Registry.

In lieu of flowers, donations in his memory may be sent to the Vettes to Vets (www.vettestovets.org). For more information, contact Karen Blandini at 781-858-1810.