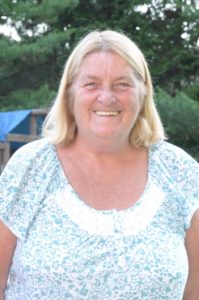 Terry was born in Waltham, MA, on October 13, 1946, one of 8 children of the late George E. and Edith G. (Bryson) Johnston. She was raised in Waltham and graduated from Waltham High School. She later moved to Marlborough in 1966, where she resided until 1993, when she settled in Hudson. Terry worked as an administrative assistant for several companies before retiring early due to health conditions.

In her early years she was a very active person, who enjoyed traveling, bowling and golfing. She also loved spending time with her many friends and family.

All services will be held private. Tighe Hamilton Regional Funeral Home is honored to be assisting with the arrangements.