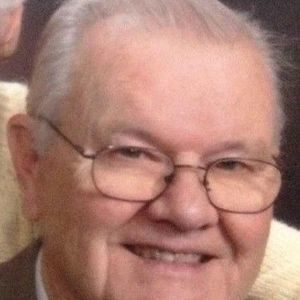 Marlborough – William T. Clarke, 77, of Marlborough died Tuesday, March 17, 2020 at his home following a battle with cancer. He is the son of the late William T. and Gertrude (Jones) Clarke and husband of Janice (Gray) Clarke to whom he was married for 52 years.

Bill worked for many years for the former Purity Supreme and was a member of the Teamsters Union, Local 25. He drove for Marlboro City Taxi. He loved being a member of senior golf leagues. His other interests included bowling, chess and card playing. He enjoyed traveling with his wife and later with his grandchildren.

Besides his wife, he is survived by his daughter, Marilyn Kuhn (Philip) of Maynard, along with the grandchildren he adored– Leslie, Stephen and Nicholas Kuhn.

He is also survived by his sisters, Donna Clarke of Mountain View, CA and Janice Brassil of Brockton, his sisters in law, Barbara Brogan (John) and Carol Oates (Kenneth) both of Marlborough, two nieces and one nephew.

Services for Bill will be private. Arrangements are under the direction of the Slattery Funeral Home, Inc., 40 Pleasant St., Marlborough, MA.

In lieu of flowers, those wishing to do so are encouraged to make donations to Compassus Hospice, 19 Midstate Drive Suite 130 Auburn, MA 01501.