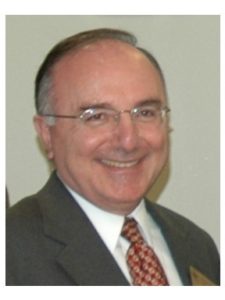 Born in Baghdad, Iraq, he was the son of the late Habib Hasso and Reina Ballo. He was the third of four children, and is survived by one brother, two sisters, and several nieces and nephews.

Mark received master’s and Ph.D. degrees in Construction Management from Worcester Polytechnic Institute and another master’s degree in Civil Engineering in the field of Highway and Transportation from the City University of London.

Despite his many academic accomplishments, his true focus was on the construction industry and the future success of his students. Teaching was his passion and he was considered by many of his students to not only be a mentor, but a friend.

Mark has performed structural design and managed construction of institutional and environmental projects, national and internationally, among which Advanced Water-Treatment projects (Recycling sewage into Drinking Quality Water as well as Reverse Osmosis systems.

Mark was a former Trustee of Anna Maria College and a member of the Board of Directors of Seven Hills Foundation. Mark was also a long-time member of the Southborough Rotary Club. In his spare time, he enjoyed playing Scrabble and chess.

He will truly be missed by his family, friends, students, and colleagues.

A private funeral Mass was celebrated in St. Ignatius of Loyola Church in Chestnut Hill followed by burial in Newton Cemetery.