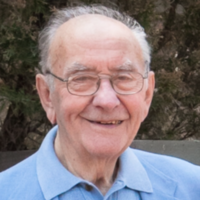 Peter was born in Worcester, son of the late Nunziato and Antoinette (Paldino) Gerardi and lived in Shrewsbury for many years before moving to their Cape house in Brewster. Peter was a proud United States Navy Veteran of World War II, as a crew member of the USS George K. MacKenzie DD-836 Destroyer.

Upon returning home from the war, he worked for many years for his brother at “Tex’s” Garage. In 1954, Peter opened his own Service Station, “Park Av. Mobil”, and was there until 1971. He then moved his business to June and Chandler Street and was there until 1982. He semi-retired and moved permanently to his house in the Cape and worked part-time at Cape Cod Mobil.

Peter and Lucy also spent their winters in Florida. He was a devout Catholic who was a former member of St. Mary’s Church and St. Anne’s in Shrewsbury and of Our Lady of The Cape. He loved and cherished all the years he and Lucy spent in Brewster and nothing made them happier than to share their Cape home with their family and friends. Anyone that knew Peter, knows how much he truly loved his Dunkin Donuts coffee. He was a very sociable man and enjoyed being with and talking to people. Peter was an amazing father and provider, he will be greatly and sadly missed by his family and friends.

The family would like to thank the staff at the Shrewsbury Crossing for their kindness and compassionate care for Peter and Lucy. It was all truly appreciated. The family would also like to acknowledge Nephew Gerald and Auntie Evelyn for all the years of unconditional love and care.

To leave a message of condolence or share a special memory of Peter, please visit his memorial site at www.mercadantefuneral.com. The MERCADANTE FUNERAL HOME & CHAPEL 370 Plantation St. is assisting the family.