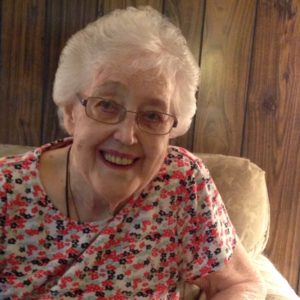 Born in Montrose, Pennsylvania, she was the daughter of the late Kenneth and Helen Norris and lived in Pennsylvania until she entered training at Charles S. Wilson Memorial Hospital in Johnson City, New York, graduating in 1946 as a Registered Nurse.

In 1967, the family moved to Marlborough, Massachusetts, where Mrs. Jordan continued nursing at Braemoor Nursing Home, Marlborough Hospital and Senior Home Care until she retired in 1989.

Mrs. Jordan was a member of the Immaculate Conception Parish, Marlborough, MA.

Burial will be in Evergreen Cemetery in the family plot. Tighe Hamilton Regional Funeral Home of Hudson assisted with arrangements.

Memorial donations in her name may be made to St. Jude’s Children’s Research Hospital.  501 St. Jude Place, Memphis, TN 38105 or charity of the donor’s choice