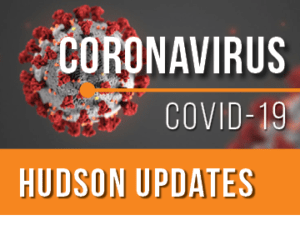 Hudson – Much needed surgical masks are coming to Hudson as essential workers remain on the job even in the perilous present of the COVID-19 pandemic.

The major donation comes this week from the town’s longtime business ally, Intel, which pledged 6,000 surgical masks after reaching out to municipal officials.

Once formally accepted by the Board of Selectmen April 7, the supply will fall under the care of town Fire Chief and Emergency Management Coordinator Bryan Johannes. He will then distribute the masks “as needed,” all according to Executive Assistant Tom Moses.

“As needed” translates to mean masks will primarily go to the police and fire departments while some, Moses said, will also make their way to the health department and the DPW.

“Intel has always been a great partner,” Moses said of the donation. “They have kept us informed of changes in Intel Hudson operations and opened direct communications between the Town and Intel corporate.”

Hudson has closely collaborated with Intel in the past. They brought tax dollars with them when they opened their sprawling complex in town in the mid-2000s. They then made philanthropic commitments, evidence of which now dots public spaces like Hudson High School, where an auditorium bears Intel’s name and most desktop computers come via Intel donations.

Over at Town hall, there’s a plaque of microchips and engravings commemorating all that charity in the very room selectmen normally meet.