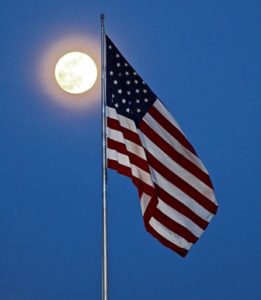 Northborough – After a beautiful clear day, the conditions were ripe this evening for a spectacular “pink supermoon,” as evidenced by this great photo taken by CA Photographer Cheryl Arsenault.

A “Pink supermoon” is not actually pink. Rather it refers to the moss pink, or wild ground phlox, whose pinkish flowers are among spring’s earliest flowers in the eastern United States.