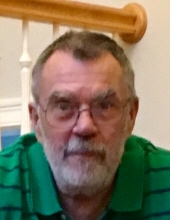 Jerry graduated from Wachusett Regional High School in 1964 and Worcester State College in 1972. Jerry served in the Navy during the Vietnam War aboard the USS Samuel B. Roberts. He was a Semi-Conductor Engineer for Digital Equipment Corp. and Intel. Jerry treasured spending time at the Cape with his family and being outside, enjoying motorcycles and soccer.

He leaves behind his wife of 47 years, Lynne, his daughter Sara Larson and her husband Steven of Charlton, and a son Timothy Johnson of Philadelphia. He leaves three beloved grandchildren, Shane, Camille and Norah Larson.