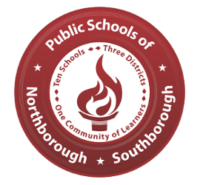 Northborough/Southborough – On April 27 Northborough Southborough Schools Superintendent Greg Martineau reached out via email to all parents and guardians in the District to inform them that an uninvited guest had entered an educator’s Zoom classroom meeting and displayed an “inappropriate” profile image to attendees. The incident was immediately reported to the building principal and was due to the educator mistakenly admitting a user from the online waiting room with the name “iPhone.” There were three other students who were already admitted to the Zoom meeting who were waiting for the class to begin. The educator promptly removed the unknown user from the Zoom class.

Martineau said that the building principal is investigating this event and has also reported the incident to the Southborough Police Department.

He noted, “I am asking all faculty and staff to review security protocols that are in place when using Zoom as a video conferencing tool. With any security protocol, the danger is complacency.”

During the coronavirus crisis Zoom has quickly become the video conferencing platform of choice for many companies and classrooms throughout the world due to its free service and ease of use. According to its website, the California-based company went from 10 million daily users in December to 200 million in March. On March 30 the FBI had issued a news release that warned users about potential privacy concerns after receiving reports of cyberbullying by uninvited guests who were “Zoom-bombing” some classrooms throughout the country, including two in Massachusetts.

On April 1, Zoom CEO and founder Eric Yuan issued a public apology on his website’s blog and detailed how the company had addressed these issues by increasing security features on the platform and offered a commitment to increasing the ease of enabling these features.

An additional security update was announced on the blog on April 9 – a new “Security Toolbar” icon that simplifies the security settings. One of these settings is the “waiting room” feature that Martineau mentioned was used by the educator in yesterday’s school incident. The ability to “remove participants” is another feature that can be found using the new security toolbar.

Martineau stated, “This is an important reminder for all of us, faculty, staff, and administrators, that no unknown person in a waiting room should be admitted and that it is essential that every username is reviewed prior to allowing students into a virtual classroom.”

He further offered to answer any questions and reminded families that they can opt-out from having their children participate in virtual meetings by completing an online form. This form can be accessed by visiting the Public Schools of Northborough and Southborough website at: nsboro.k12.ma.us. From there scroll down to select the district’s new virtual learning website NSBORO-CONNECT 2.0, click on “Technology” and then scroll down to the area regarding privacy concerns, which includes a link to the opt-out form.